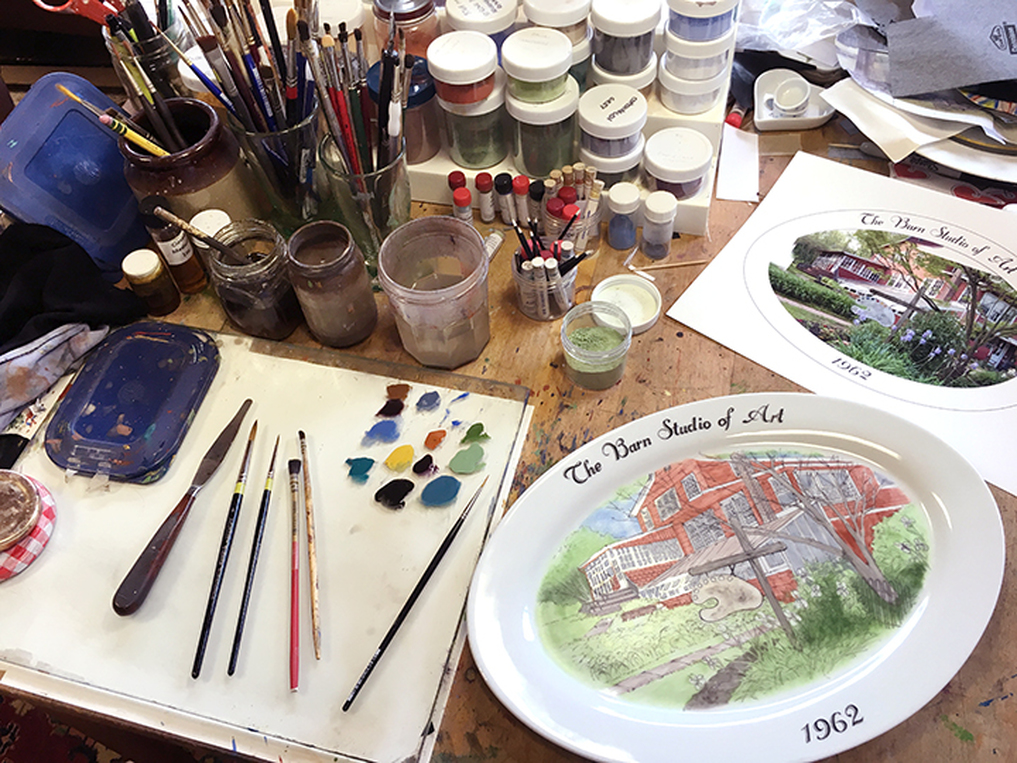 Michelle Post began her training as a porcelain decorator in the studio of Edward Marshal Boehm, Trenton, NJ in 1974.  She went on to paint for Cybis and Ispanky porcelain studios, also of Trenton, before changing her career path to sculpture.  For 29 years she was a creative force within The Seward Johnson Atelier, Hamilton, NJ, working directly with Johnson in the creation of his sculptures and museum shows.  During her time with Johnson, Michelle continued her explorations in sculpture and has bronze and cast aluminum pieces in collections across the country.

She has returned to the art of china painting and offers her talents to you. She sees porcelain as both sculpture and canvas and has tapped into materials and processes that had been dismissed by academic artists in the past.

Michelle is ushering in a new perspective in the art of porcelain painting.
​

Porcelain china painting originated in the 7th or 8th century in China before migrating to Korea and Japan. It was not until the 16th century when trade with Europe opened. By the early 18th century, European manufactures discovered how to make fine porcelain and the industry bourgeoned. The Meissen porcelain factory in Saxony was followed by other factories in Germany, France, Britain, and elsewhere in Europe. The decoration of some plates from the 19th century are so detailed and complex that they resemble oil paintings and are highly coveted incollector circles. In the later part of the 19th century, china painting became a respectable hobby for upper middle-class women in North America and Europe. Unfortunately, this once exquisite art form devolved into kitsch in modern times. Contemporary interest has revived china painting as a fine art form in the tradition of the past but with subject matter and artistic style that is modern and impressively varied.